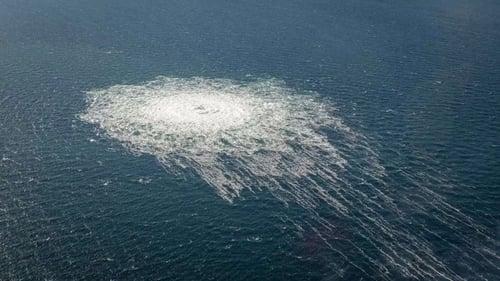 Urgency for a EU embargo on Russian oil and gas is more timely than ever as an explosion has ripped through two major gas pipelines to Europe, causing leaks in what is being described as a "terrorist attack", carried out by Russia. The CIA has been warning Germany of such attacks.

Svitlana Romanko, Director of RazomWeStand.org, is currently on a visit to the EU capital of Brussels, meeting with members of the European Parliament to discuss urgent need for a full embargo, to cut off European funding for Russia’s nuclear war machine. Razom We Stand has published an open letter urging Ursula von der Leyen, President of European Commission, and other top EU officials, to strengthen its embargo ahead of an expected 8th package of sanctions, in measures meant to help end the war in Ukraine.

Svitlana Romanko, Director of RazomWeStand.org, said:
“Tragedy upon tragedy continues to occur due to Europe’s overreliance on Russian fossil fuels. Now it’s more clear than ever that Europe must completely switch to locally-based green energy sources. The EU must place a full and transparent embargo on Russian oil and gas immediately.”

Oleh Savytskyi, Campaign Manager of Razom We Stand, said:
"Further support of Russia's war machine with European money spent on Putin's fossil fuels must end. Only a full and transparent EU embargo will put an end to money being spent to bankroll ongoing war crimes, terror and massive human suffering in Ukraine right now. There are win-win-win alternatives, like boosting energy efficiency, renewables and electrification, which are better both for the environment, for the economy and for security.  The EU must divert all money spent for energy from Russia to these clean energy solutions right now. Both Ukraine, and the climate, can win if the EU just would do the right thing."