The Earth is already about 1.1°C hotter than it was in the 1800s. We are NOT on track to meet the Paris Agreement target to keep global temperature from exceeding 1.5°C above pre-industrial levels, which is the upper limit to avoid the worst fallout from climate change. 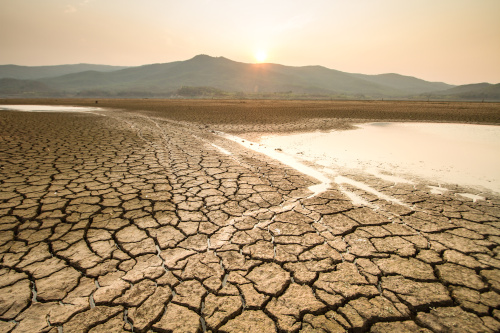 Greenhouse gas concentrations are at their highest levels in 2 million years and continue to rise, forcing global heating. But temperature rise is only the beginning of the story. Because the Earth is a system, where everything is connected, changes in one area influences all others. The impacts of climate change that we already increasingly observe could greatly intensify if we don’t wean off from addiction to fossil fuels. These include intense droughts, water scarcity, severe fires, rising sea levels, flooding, melting polar ice, catastrophic storms, and declining biodiversity – up to collapse of whole ecosystems and mass extinction of species.

According to the United Nations Environment Program (UNEP), global fossil fuel production must be immediately cut by at least 6% per year over the current decade to keep warming within 1.5°C. However, current plans by governments and oil and gas companies call for annual production growth of 2% until 2030, pushing the world into climate chaos. By 2030 it would result in more than double the production of fossil fuels consistent with the 1.5°C limit, derail any credible climate action and put human populations and ecosystems in mortal danger.

Even the conservative Wall St. Journal has stated that failure to act to get off of fossil fuels, and to address climate challenges, could cost $178 trillion to the global economy by 2070. “Fossil fuels are a dead end - for our planet, for humanity, and yes, for economies", – said UN Secretary-General Antonio Guterres, underscoring the need to end global addiction to fossil fuels.