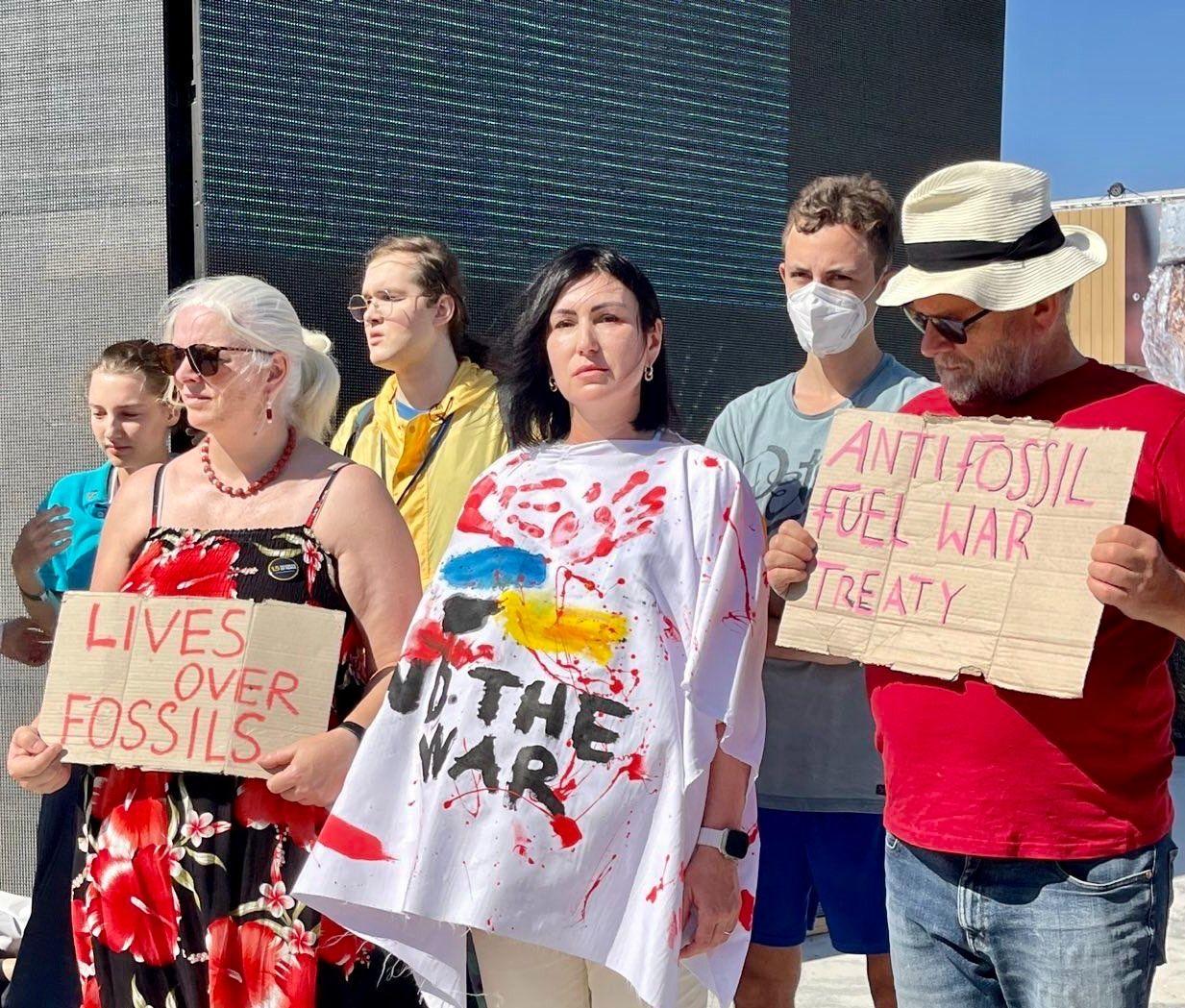 Day of action at COP27: round up of 12 November

Svitlana confronted Total CEO Pouyanné, asking if he'll be "using Russian blood money to rebuild Ukraine?" His odd answer was, "probably," which actually raises more questions than it answers. The confrontation has apparently gone viral in France, being featured in Le Parisien, as well as on French TV.

Next came the demonstration organized with Fridays for Future Ukraine, calling to Stop Fuelling Climate Crisis, and Stop Fuelling Wars. Svitlana Romanko gave a riveting opening speech, demanding a complete end to fueling the climate crisis, wars, and petrodictators. She made the point clear that it's those like Putin who use profits from global addiction to fossil fuels to fund Russia's war machine, and their brutal war crimes against innocent people in Ukraine. We already have the solution: dump oil and gas and build a clean future, led by a green rebuilding of Ukraine. 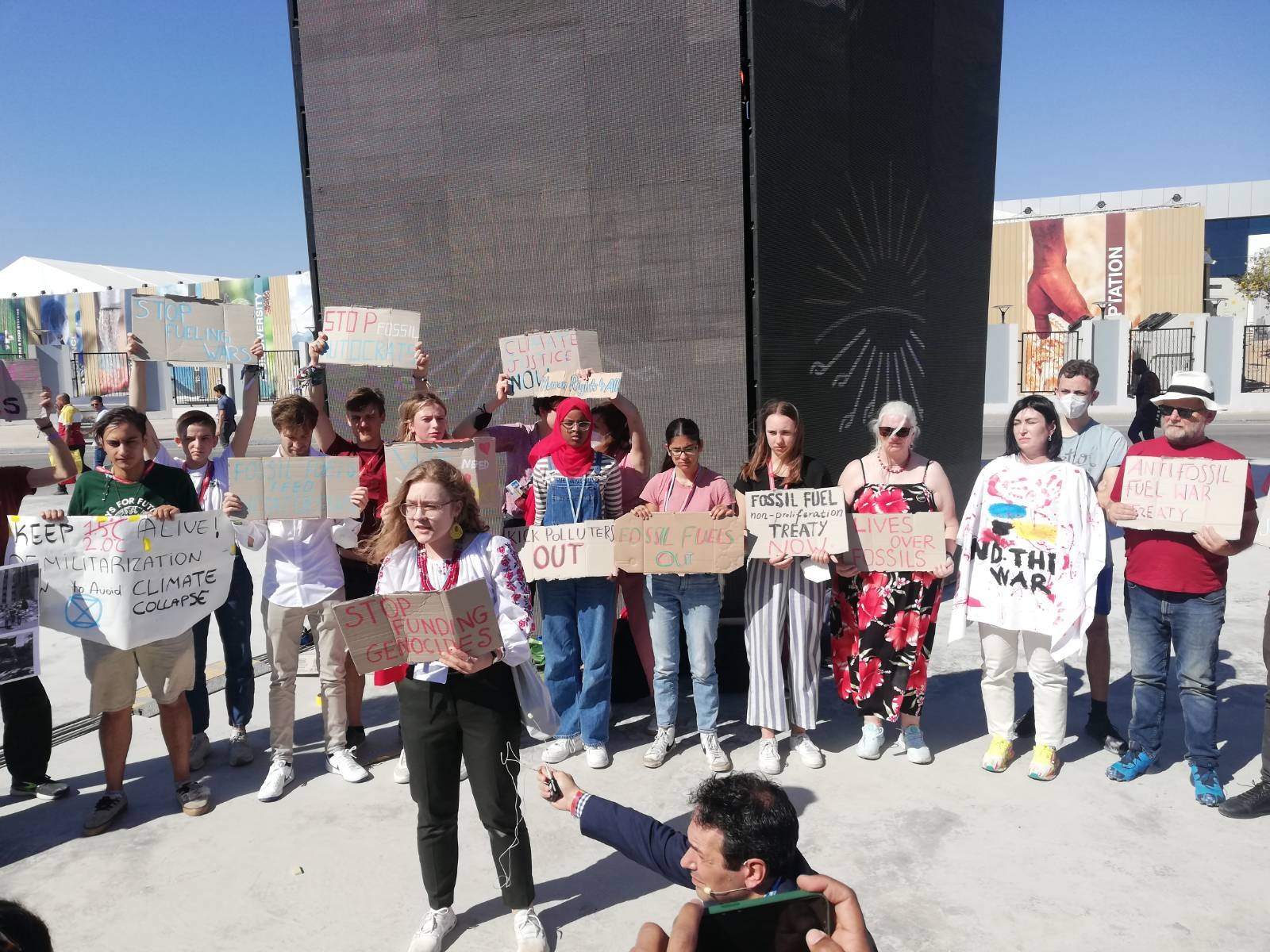 Svitlana's passionate speech attracted spotlights, she was approached for interviews by AP, Reuters, and a documentary film crew. Keep your eyes open and you'll be seeing more about this in the press.

At noon was the Global Day of Action for Climate Justice, organised by CAN, with a large and vibrant crowd. 1000 people joined the march inside the #COP27 venue to demand more ambition in the climate negotiations. Svitlana attended with a hand painted banner, pushing Razom's message once again.

There was a pleasant surprise to meet friend and original climate activist and author Bill McKibben at the demonstration, who wrote on COP27 in New Yorker this week, highlighting the work of Svitlana promoting efforts to rebuild Ukraine green. McKibben is a famous campaigner, who founded cutting edge and high-impact climate groups 350.org and Third Act. 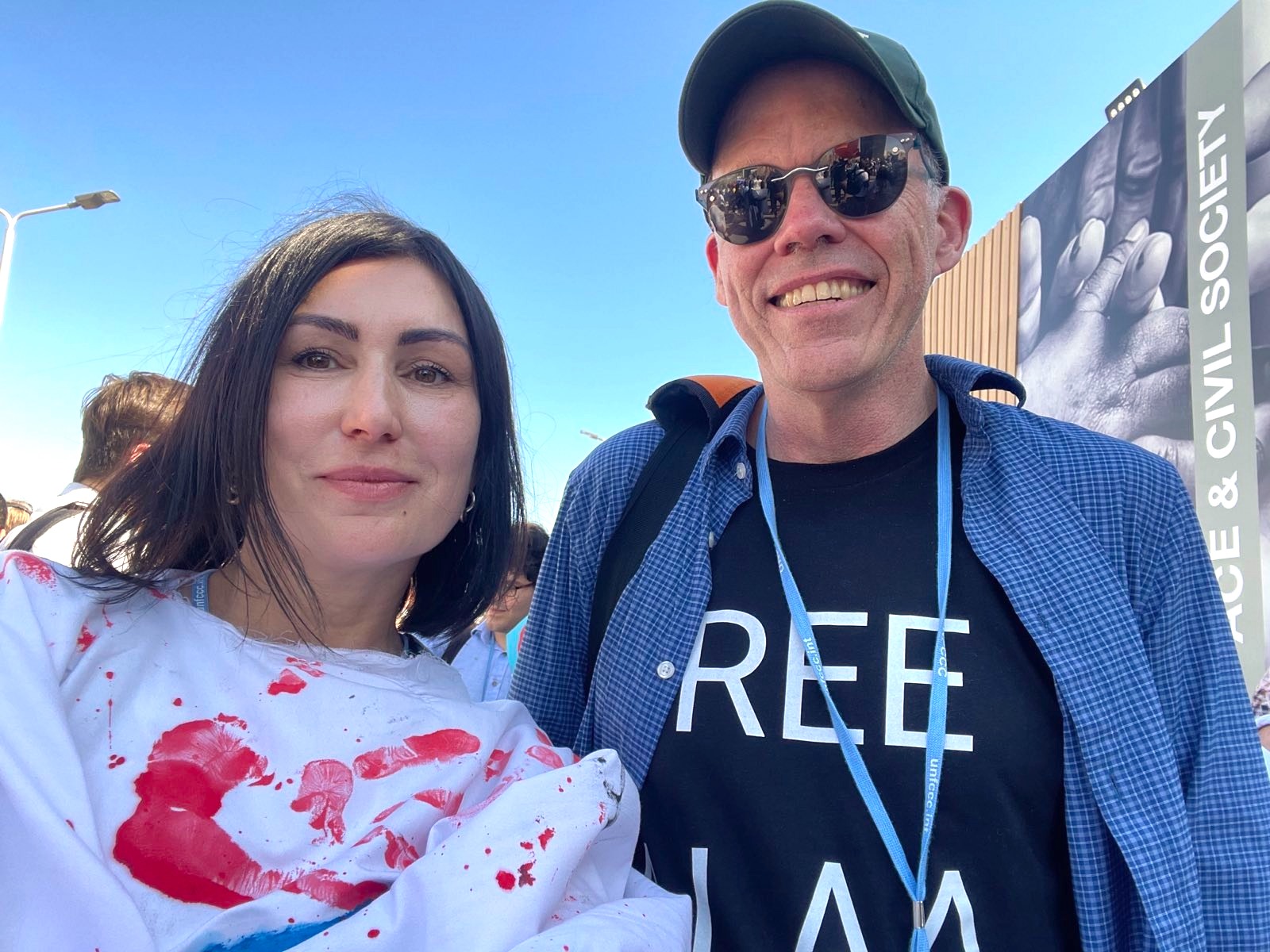 That was a lot for one day, and now our team is getting ready for another action packed week starting Monday at COP27 in Sharm el-Sheikh.