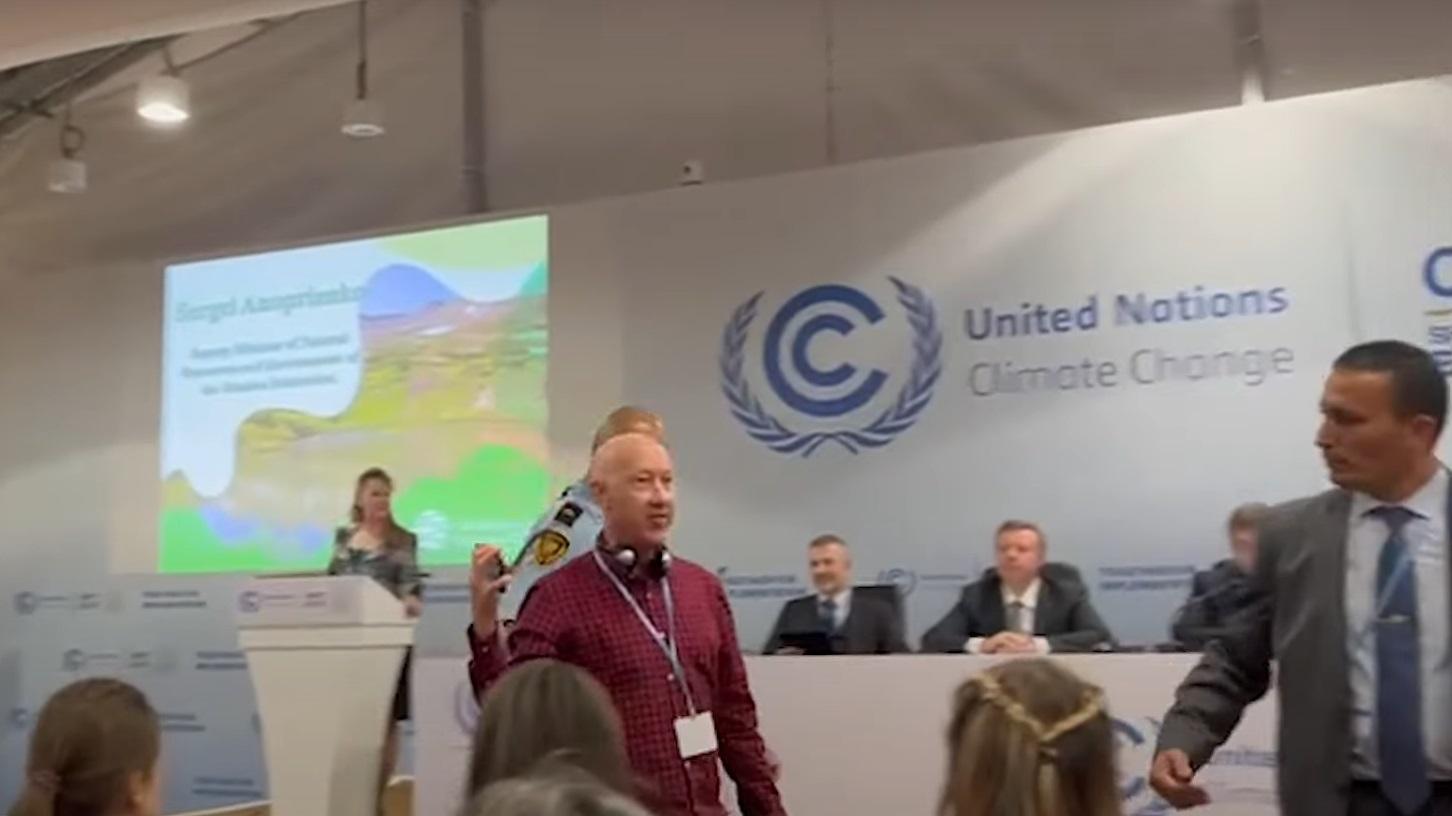 November 15, 2022 // COP27, Sharm El Sheikh, Egypt  - Campaigners from Ukraine confronted the Russian delegation at the COP27 summit in Egypt over Russia’s war of aggression. They interrupted the official event right from the beginning, with shouts heard by the entire crowd.

“You are a terrorist state, you are genociding, torturing and killing us daily for nine months. You are killing our climate with your fossil fueled war on #Ukraine. What are you doing here? You are war criminals and you must answer to an international tribunal.”
- said Svitlana Romanko, Director of Razom We Stand.

“Your fossil fuel industry is killing people, is killing Ukrainians. How dare you even come here?!” - said Dominika Lasota from Fridays For Future Poland.

“We are not going to allow you to have this space. You are fossil war criminals.” - said Wiktoria Jedroszkowiak from Fridays for Future Poland.

In the crowd were multiple media outlets, including BBC, The Guardian and Associated Press. The event was titled: "Russia's Approaches to Climate Change Adaptation and Mitigation, held at 18:30 local time", with details online here:
https://www.youtube.com/watch?v=rVYiX9ULVMc